Kiwi stalwart Kane Williamson, who spent eight seasons with the Sunrisers Hyderabad, was our headline pick in the mini auction on Friday.

The battle of the batons took a wild turn in Kochi, with four of the five most expensive purchases in IPL auction history taking place on Friday in just an hour.

Defending champions  - Gujarat Titans entered the auction with a well-settled team, with the aim of a few well-chosen additions to strengthen the side. Head coach Ashish Nehra and Director of Cricket Vikram Solanki came in prepared, and were successful in making some noteworthy names to our roster.

Having retained 18 players previously, the Titans had a purse of INR 19.25 crore before the auction began. Their paddles were up only for seven players on the day and won all bids - a testament to the clarity they had prior to the auction.

Arise, TitansFam and allow us to welcome our new signings.

Kane Williamson, a former champion with the Sunrisers Hyderabad (2016), was the first player to go under the hammer. The Titans grabbed him for his base price of INR 2 crore. While leading the Sunrisers in 2018, Williamson scored 735 runs to win the Orange Cap and guided them to the final. 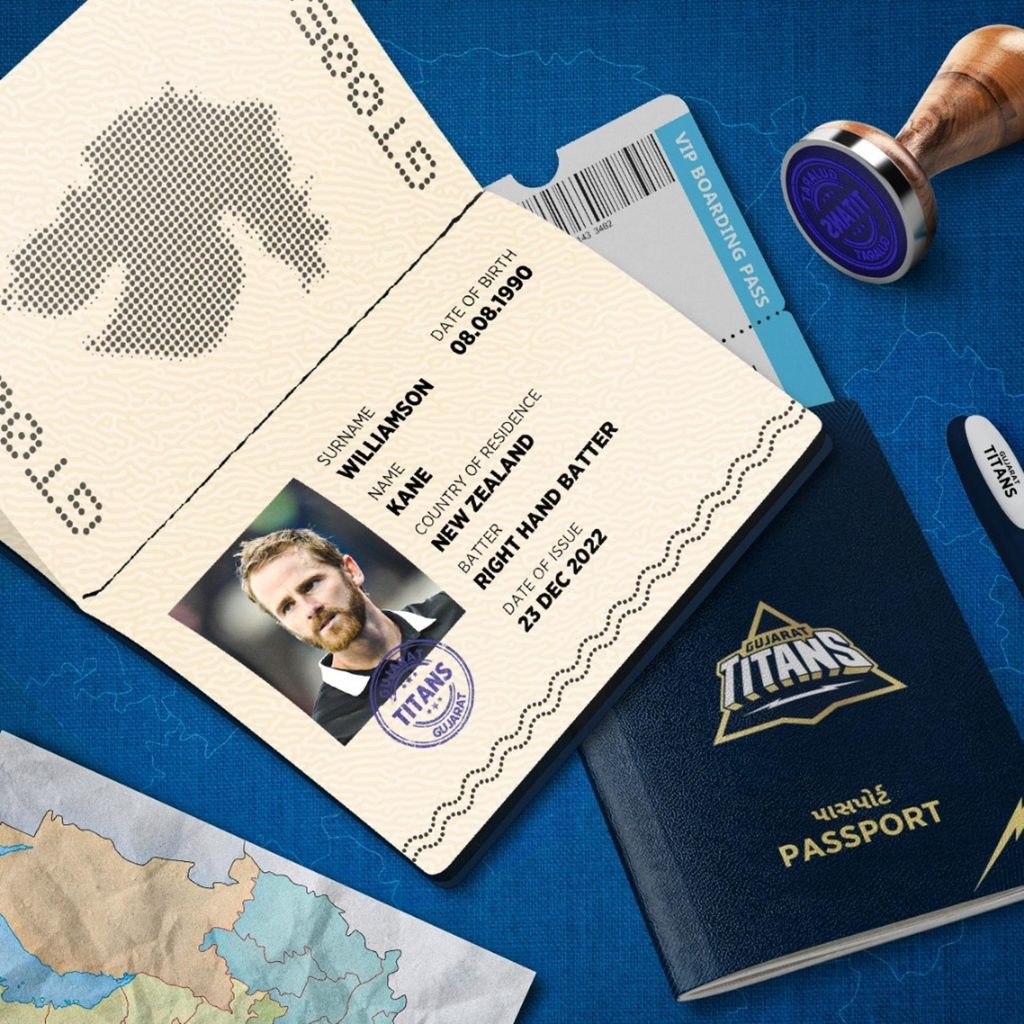 The IPL is incomplete without some Caribbean firepower and Odeon Smith will be providing us those moments of blitz in the 2023 edition. The 26-year-old can strike the ball a long distance, and will be crucial to the Titans coming in the death overs, an area he has excelled in the Caribbean Premier League.

Former U-19 World Cup-winner Shivam Mavi sails all the way from the east in Kolkata to the western coast of Gujarat for the upcoming edition. He was our most expensive purchase of the auction (INR 6 crore) and joins a bandwagon of fast bowlers that includes Alzarri Joseph, Mohammed Shami, Yash Dayal and Darshan Nalkande.

Mavi has 46 wickets in 46 T20s at an impressive economy of 8.27. This tally includes 30 wickets in the IPL for the Knight Riders.

KS Bharat did not get a lot of opportunities in IPL 2021, but in the final group match against Delhi Capitals, he chipped in with a power packed half-century (78 off 52 balls) including a last ball six to win the match. He was with the Delhi Capitals last edition and played just two matches.

The Andhra batter has scored 1,116 runs in 67 T20s and can be a handy option in the lower middle order for the Titans.

Local lad Urvil Patel will take his place in the Titans dressing room for IPL 2023. Patel chipped in with a few explosive cameos for Gujarat in the Syed Mushtaq Ali Trophy 2022-23, scoring 116 runs at a strike rate of 167.01.

Joshua Little brought Ireland loads of joy in the shortest format in 2022 and the left-arm pacer adds to a terrific collection of fast bowlers at the Titans. Little can operate at the beginning and in the death overs, and has a knack of picking up wickets regularly.

Among Test-playing nations, Little was the leading wicket-taker in T20I cricket this year, with 39 scalps to his credit in 26 matches at an impressive economy rate of 7.58.

The Titans were keen on strengthening the bowling department and have added the experienced Mohit Sharma in the accelerated auction. With his terrific change-ups and back-of-the-hand slower-ones, Mohit Sharma had impressive outings with Chennai Super Kings, Punjab Kings and Delhi Capitals previously.

The Haryana pacer played 86 matches in the IPL, picking up 92 wickets at an economy of 8.45.

The defending champions made some crucial signings in Kochi. With a -mix of aggression and caution, experience and young exuberance… the Titans have ticked nearly all the boxes and will be booming in confidence when they all get together in March for the next edition.

HOW TO USE THE TITANS FAM APP TO TRACK YOUR STEPS, WIN PRIZES AND START YOUR FITNESS JOURNEY

GT Rewards just got more exciting! Here’s everything you need to know about collecting and spending your GT Points

GUJARAT TITANS LAUNCH ‘RACE WITH THE TITANS’ IN PARTNERSHIP WITH STEPATHLON